Meredith is a name for everyone – somehow it’s both feminine and boyish at the same time. It’s also an American name, despite it having Welsh origins. This gorgeous name deserves the spotlight, after remaining steady for a long time. 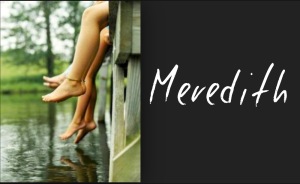 PRONOUNCIATION: The more common pronounciation is MAYR-a-dith or MER-a-dith, but for boys it is sometimes pronounced ma-RED-ith.

What do you think of Meredith? Do you prefer it on a girl or boy?

Names of the World